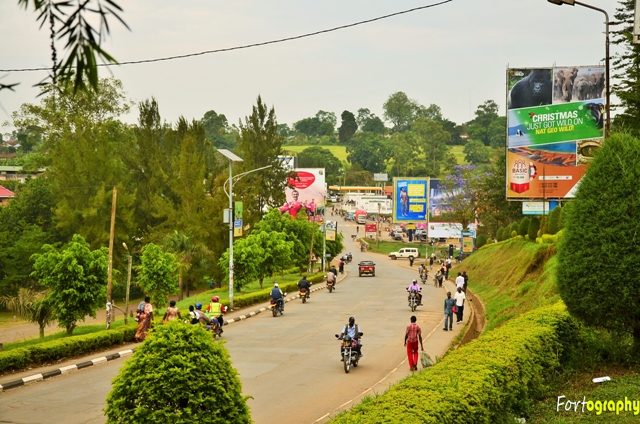 Beautiful people, beautiful nature, unique environment and serenity are some of the descriptions that will spark you when you set foot in Fort Portal, the now famous Uganda’s Tourism City in the making.

Lying in mid-western Uganda, Fort Portal also Tooro kingdom’s capital is a gateway to some of the most beautiful sceneries and unique environment nature has to offer on earth giving you access to numerous crater lakes, hills, mountains, endemic fauna and flora and one of the most beautiful, serene and hospitable people you can find, the Batooro that comprise the majority of the population.

Fort Portal has in the last couple of years been sought as Uganda’s pearl of Tourism since it’s strategically located in the heart of most of the major tourism sites and activities in Uganda found in the Albertine region prompting the government to consider it in the National Development Plan. Fort Portal is now referred to as a tourism or tourist city.

In simple terms, a city is a place where people live that is larger or more important than a town or an area where many people live and work.

The true definition of Fort Portal as a city entirely lies in “Tourism” thus the Tourism City title. By nature, location, environment and people, Fort Portal is unrivaled as being the heart of most of Uganda’s tourism sites and activities. Fort Portal is in other words the Tourism Capital of Uganda due to its natural instatement.

Fort Portal is strategically located in the heart of major tourism sites including the snowcapped mountains of the moon, commonly known as RwenzoriMountains,Semuliki national park Uganda’s largest Queen Elizabeth National Park, is home to gorillas and chimpanzees and a host of other primates,is a centre of over incredible crater lakes, theMwenge and Kibaale natural forests featuring over 400species of birds, other animals and 1000s of flora species.

Fort Portal beholds of the most complete and all inclusive climate with balanced weather throughout the year favoring stable farming and human settlement all year round.

Serenity and hospitability are the phenomena that make up tourism; all these are completely by nature found in Fort Portal on top of the Batooro who are naturally hospitable, beautiful and the most peaceful ethnic group in Uganda creating a whole exciting welcoming tourism environment capped by the endless and numerous tourist activities and sites.

Fort Portal due to its tourism city phenomenon will over the years be a unique metropolitan area with a blossoming hotel and hospitality industry holding hundreds of thousands of tourists at any single time from across the world boosting lots of other local businesses including majorly the transport and agriculture/food sectors.

Fort Portal is expected to be a fully fledged tourism city by 2040 according to the government’s national development plan will be easily attained with increased government financing and focus on infrastructure development and providing incentives to intending tourism investors both local and international.

Fort Portal stands out to be unrivaled as the tourism destination in Uganda which provides huge potential for employment of the young workforce hence increasing the per capita income of the local households. Let us unite to build a more environmemetally friendly Tourism City with the century old botanical gardens in the surroundings.