Gorilla Rafiki calls it a day in life! 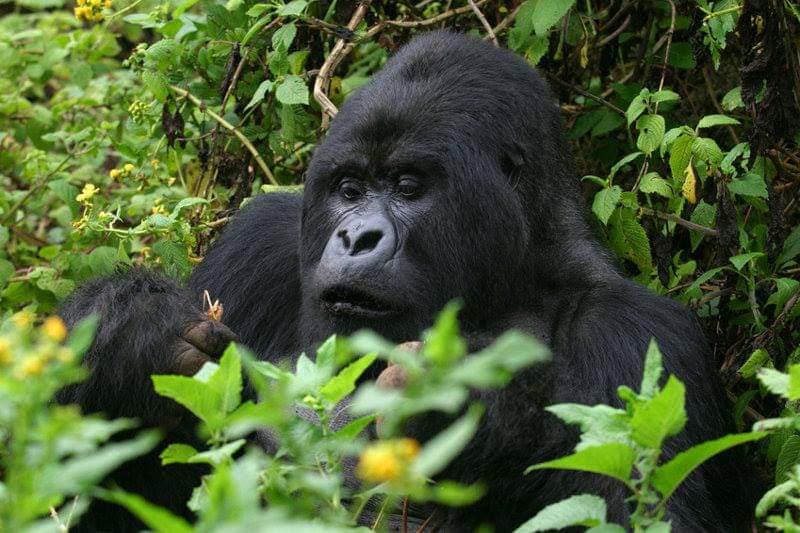 Fare thee well Rafiki, Fare thee well, our Nkuringo Silverback.Rafiki, the Silverback Gorilla from the Nkuringo family in the Uganda’s Bwindi Impenetrable Forest National Park, has called it a day on life.

“On June 1st, 2020, Rafiki the Silverback of Nkuringo Gorilla group of the southern sector was reported missing and on June 2nd, our team mounted a search. The body of Rafiki was found in the Hakato area inside Bwindi impenetrable forest national Park” read presser from Uganda Wild Authority. Rafiki was the dominant male of the Nkuringo family.

When the post-mortem was conducted, the experts noted that Rafiki had sustained what appeared to be a sharp-force penetrating wound in the upper left abdomen, piercing part of the stomach wall and large intestine. As UWA announced, the wound was later identified to be caused by a spear and was very likely the cause of death. It was a malicious act of poaching. Its a pity, and such is the way we shall remember this Covid-19 pandemic. People who have lost their livelihood now resorting to poaching. The poachers have been apprehended and are in custody.

The Poacher who was arrested is said to have speared the Gorilla in self-defense when he came into confrontation with the Silverback. His wife upon learning of the death of Rafiki – reported him to the authorities and he confessed to the killing of Rafiki.

Rafiki (Swahili word for friend) was the most friendly Gorilla and valued family member; even when his brother Christmas left the group to start his own family, he always visited and the Rafiki family treated him like that dearly missed out of town relative . Posing for a photo with Rafiki was always a memory to keep for ever. I will miss this gentle giant!

But as it is with communities, life goes on. So Rwamutwe, the dominant black back must take over to continue the legacy of Rafiki. The group has now stabilized with 12 adults and 3 infants. The infants are yet to be named, but we have established the names of the mature ones.

While the Covid pandemic has stalled our visits to the Gorillas and Primates, all other savannah parks are open to receive visitors and activity is returning to normal. Only the park authorities are visiting and keeping us updated on how Rwamutwe is coping. I cant wait to meet this new boss and offer some comforting vibes coupled with selfies…. For good times sake.